Samsung One UI 5 : Everything you need to know. 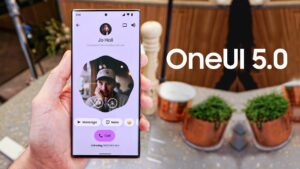 Release date of One UI5.O :

I hope you get all the needed information about One UI5.O And you understand all the features. If you have some queries and need help, you can join our discord. We provide all of the information you need about technology and your question.

10 Best Animation Apps for iPad 2022: Top lists and basic info about the app In this…